What is this Adirondack wildflower?

The Short Answer: I asked Peter Olesheski, a naturalist at Up Yonda Farm Environmental Education Center, which is not far from the Adirondacks. Here’s his response:

“After speaking with our resident wildflower expert and taking a look through her Adirondack Wildflower book, it looks like your writer has found some Two Leaved Toothwort – Dentaria diphylla, also may be found as Cardamine diphylla. Although it appears to have more, this plant has two leaves which are compound, each having three leaflets. These leaves grow opposite one another from the center of the main stalk. The plant can grow to about 14” tall and will have a terminal cluster of white to 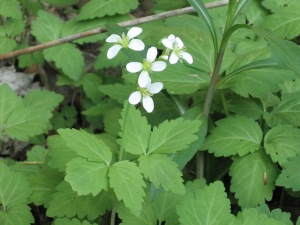 pink flowers that bloom in late April to early June.

“This plant prefers moist, rich soil and full shade. It has several nicknames including crinkleroot, pepperwort and Indian Pepper. It was used by the Native Americans who would cultivate and eat the roots. The roots were also used in folk remedies to treat colds, sore throats, toothaches, fever and intestinal problems. Some people still grow this plant in their herb gardens.”

What is the gold sheen on the water?

What is this Fluorescent Green Beetle? 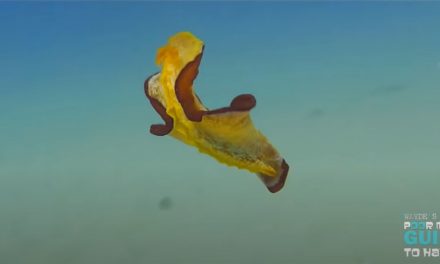