Why are these mallard males beating up this female?

Warning: I have to begin this answer by warning against applying human moral standards to animals, because it’s very easy to do in this situation. But mallards aren’t thinking about right and wrong when they engage in behaviors. They’re acting in the ways that have proven reproductively successful. They aren’t being mean or immoral.

The Short Answer: The short answer is that the mallard (Anas platyrhynchos) males (drakes) are forcing the female mallard to mate with them. And for the reasons discussed below, forced copulation is far more common in waterfowl (ducks, geese, swans) than in other types of birds. Mallards are most famous for it, probably because they are the most commonly seen duck and can now be found nearly worldwide.

There is a significant skew in the sex ratio of mallards in favor of males, so in any mallard population there are a number of unmated males. By forcing copulation with a female who is mated to another drake, unmated drakes gain a chance to pass on their genes. And if those genes include genes that favor the forced copulation behavior, it will be likely to persist. But it isn’t just the unmated males who take part in the forced copulations. In fact, males who have their own mate are even more likely to force copulations with females other than their mate.

This is simply the way things work in the world of ducks, but for us humans, it can be hard to watch. The drakes you saw were not trying to drown the hen. Mallards mate on water as well as on land and the drakes may just have caught up to this hen on the water, or she may have tried to escape by going into the water. In the vast majority of cases, the hen will eventually escape. They do sometimes get injured or even killed in the course of forced copulations, and that’s probably because they simply get battered and smothered by all the aggressive males. There are records of as many as 39 drakes chasing and repeatedly trying to copulate with a single mallard hen, although typically, only one or two of the males will actually copulate with the female.

This video is one of the milder ones you can find on youtube: http://www.youtube.com/watch?v=Y1X-7FeddeI

More Information – Why ducks? It’s been shown that in most (if not all) birds, females will accept and even solicit copulations with males other than their mates. Even in birds that have one-to-one pairings that last years and years, females will occasionally copulate with males other than their mate, especially if the male is of higher quality or is higher on the pecking order than the female’s mate. The standard explanation for this is that these females are gaining direct benefits such as access to food or territory, or indirect benefits such as “better genes” for their offspring. Even when females are not actively seeking copulations with other males, females of most species do not vigorously resist copulation by males that are not their mates.

What’s odd about mallard hens and hens of many other waterfowl species is that they resist and resist very vigorously, to the point where they risk injury by aggressive males. Why do they do that?

There are several theories:

As is often the case with a complex system like this, I suspect the answer is some combination of the above factors and maybe others that haven’t yet been identified. Margo Adler, a researcher at the University of New South Wales, believes that females are making the most of a bad deal. Like female birds in other species, female waterfowl want the best genes for their offspring. But they also want to avoid disease. They would probably avoid forced copulation if they could and only mate with the males they choose to mate with. But because male ducks have penises, they are able to force copulations. Given that the females probably can’t avoid forced copulations entirely, they resist vigorously, so that at least if they have to undergo forced copulation, only some males are successful. The males that are successful are likely to pass on the traits that made them successful, which means that the female duck’s male offspring are likely to carry those traits and also be successful at forcing copulations … and that’s how natural selection works.

Why So Many Male Ducks: One question you might be wondering is, “Why are there more male ducks than females?” It turns out that at the time of hatching, the sex ratio of baby ducks is pretty much even – the same number of males and females. But in adult mallard populations, there may be 10% more males than females. Why is that? It appears that female ducks are particularly susceptible to mortality. It has been shown, for example, that female ducks fall prey to foxes and other predators at a higher rate than males, probably because only females sit on the large, difficult to hide, nests. It’s also possible that simply building all those eggs – mallards may lay a dozen eggs and have two or three clutches each year – puts a nutritional strain on females that reduces their survival. For whatever reason, survival of females is lower than that of males, which results in the excess of males, contributing to the forced copulation behavior.

By the way, forced copulation behavior seems to be most strong in parks, where many ducks are crowded together and where the sex ratio skew seems to be strongest. So if you find it hard to watch this behavior, it may be some consolation to know that it is less common “in nature” than it is in the parks where people often witness it.

Sources: Thank you to Margo Adler, PhD, for her help.

Why won’t my dog watch TV?

Thank you for Helping Me to Answer More Questions … 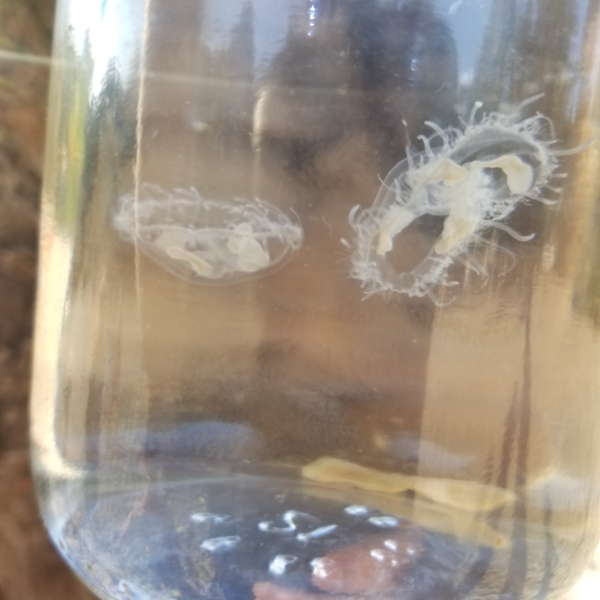