What are these jelly dots under rocks?

The Short Answer: According to Robert Dillon, who studies the genetics, evolution and ecology of mollusks at the College of Charleston, this is almost certainly the egg mass of a freshwater snail in the genus Physa, probably Physa acuta. Physa snails are commonly called bladder snails, tadpole snails or pouch snails. They are found in nearly every body of freshwater. Dr. Dillon has nominated Physa acuta as “the world’s most cosmopolitan freshwater gastropod.”

“They can be found anywhere and on all six continents,” he notes. “They typically reach maximum abundance in calmer waters – ponds, lakes, river backwaters – and especially in disturbed or trashy environments.” His one hesitation about declaring that the egg mass Harry found is definitely Physa acuta is that a clear, clean trout stream would not be Physa acuta’s most common habitat.

Each Physa acuta egg mass, which is a little less than a centimeter across (3/8 inch) contains 15-30 eggs, which hatch in 7-10 days into tiny snails. These snails feed on algae, detritus and infusoria, the coating of algae, bacteria, microorganisms and microscopic animals that coat the surface of nearly everything in freshwater. Adult Physa acuta aren’t very big, rarely reaching a centimeter (3/8 inch) in length. They are, however, prolific, laying an egg mass about every other day. The population can double in seven days, and in its lifetime, each snail will produce over 800 offspring, which explains why some aquarium hobbyists hate them. They are very common in aquariums and their colonizing of aquariums is one way that Physa acuta has been spread all over the world from its original home, which was probably in North America.

This video shows a Physa snail cruising around an aquarium: https://www.youtube.com/watch?v=LclVg12aC5Q

This neat time lapse video shows a Physa egg mass, with a number of tiny snails developing and then crawling away: https://www.youtube.com/watch?v=a9Z0k0RI-s4

It’s a Boy, No it’s a Girl … Wait, it’s Both: Dr. Dillon likes to call Physa acuta “the fruit fly of malacology,” malacology being the study of mollusks. What he means by that is that they are a handy species for study in the lab. They are small, easy to keep, multiply readily, and don’t cost much to feed. And Physa acuta is particularly useful for studies about reproduction, and especially about hermaphroditic reproduction. Physa acuta is a “simultaneous hermaphrodite,” meaning that it can produce eggs and sperm at the same time.

But when baby Physa snails develop, they become sexually mature as males first, at about five weeks and then they mature as females at about seven weeks. From that point on, when they meet another snail, they can adopt either the male role or the female role. Some hermaphroditic animals play both roles at the same time, but in Physa snails, it is physically impossible for each snail to inseminate the other at the same time. Probably because it requires fewer resources of energy and nutrition to create sperm than it does to create eggs, when two Physa snails meet, they may wrestle over who gets to be the male.

As Dr. Dillon describes it “They ONLY want to be male, and will engage in all sorts of fighting to do so.  But immediately after mating as males, they become passive.”

If they encounter another snail before they rebuild their sperm stores, they will end up in the female role. In a population where the snails are bumping into each other frequently, this results in a rough pattern of alternation of mating as a male, then as a female, then as a male again, etc. The snails can store sperm from a mate, however, and a single mating can provide enough sperm to last for dozens of egg masses. This helps to explain why they have spread so rapidly around the world. The introduction of a single snail into a body of water can result in that snail producing hundreds of baby snails from its stored sperm. And if that stored sperm is a collection of sperm from various matings, the new population will even contain a fairly healthy level of genetic diversity.

The other odd thing about Physa snails is that they are capable of fertilizing themselves. If baby snails are isolated from other snails, they will begin laying eggs at about 12 weeks. Self-fertilized eggs are less likely to hatch and less likely to survive, probably because of deleterious recessive genes carried by the parent snail, which are then expressed at high levels in highly-inbred offspring.

How Can an Animal With No Hands be Left-handed: If you hold a snail with its peak pointing upward and the opening facing you, you’ll notice that in most snails the spiral of the shell leads to an opening on the right. In some snails, including Physa snails, the opening is to the left. Right-handed snails are described as “dextral” and left-handed snails are “sinistral.”

If you pick up a small snail in your local pond or stream – or your aquarium – and you’re unsure whether it a Physa snail, one strong clue would be to check if it is left-handed. 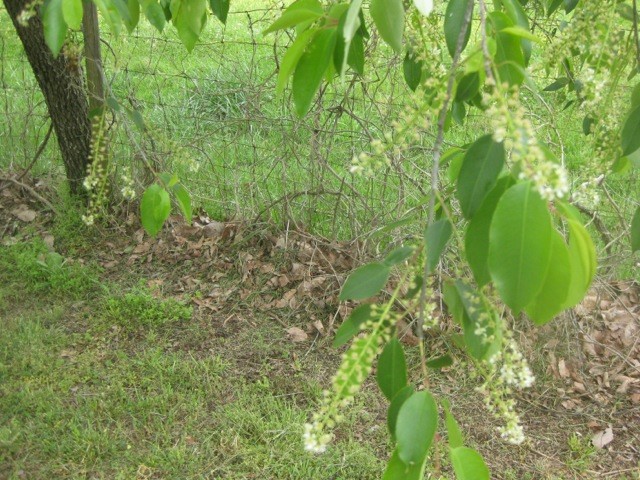 It’s not poison sumac, but don’t eat the leaves!

The Great (as in Large) Poop Question

Why are these birds not-of-a-feather flocking together?