The Short Answer: It depends on whether you want an answer based on scientific definitions, or an answer based on common usage. If you want the former, then the short answer is “nothing.” If you want the latter, then it really depends. It depends on what animal you’re talking about. For example, many people will say that hair keeps growing, whereas fur is something that grows to a certain length and then stops. So by that definition, your typical dog is covered with fur. However, if you’re talking about sheep, hairsheep are sheep that don’t need to be sheared because their fibers grow to a certain length and then stop. That would suggest that they should be called fursheep, not hairsheep. 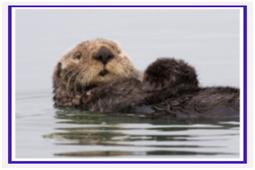 People are covered with hair, not fur, right? But how about the hair on our arms and legs? It grows to a certain length and stops, which suggests it should be called fur. As should our eyelashes.

And when there are black fibers on your white sweater, it’s called cat hair or dog hair, not cat fur or dog fur.

More Information: Scientifically, hair and fur are made of exactly the same material, a protein called keratin. From a developmental standpoint, there is no distinction between the follicles from which hair, fur, eyelashes, whiskers, wool, or porcupine quills grow. They’re all hair follicles and it’s all hair.

If you want to know how the terms hair and fur are commonly used, you have to narrow the question to a specific animal. And even then, you’ll probably get several different answers. It seems to me that the most general distinction is that a dense coat of fine fibers is usually called fur. A less dense coat of thicker fibers like what you find on a human or a horse or a pig is usually called hair. And then, just to complicate things further, a very fine, very dense coat of fibers is often called wool, as with sheep, alpaca, and muskoxen. On the other hand, the animal with the finest, densest coat of all is probably the sea otter, but I’ve never heard their fur called otter wool – so go figure.

This quandary of whether to give a scientific answer or a common usage answer is a frequent one. For example, scientifically, the word “animal” refers to a large kingdom of living things that includes everything from sponges and corals to worms, insects, and mollusks, as well as vertebrates like fish and mammals. In common usage, however, many people use “animal” to refer only to vertebrates (fish, amphibians, reptiles, birds, and mammals), and some people restrict it even further to only the warm blooded vertebrates (mammals and birds).

Since this is meant to be a science site, I prefer the scientific answer, and to get back on track, I’ll state again that there is no biological distinction between hair and fur.

But what about this issue of whether it keeps growing or stops? Hair is “programmed” to grow for a certain length of time and then stop. Hair follicles typically go through a period of hair growth, then a pause, then the hair fiber falls out, and the follicle goes back into the growth phase and the cycle repeats. All of this is controlled by genes. So when people created dog breeds with short or long “fur” they were selecting animals with genes that programmed a longer or shorter period of growth. We humans also have a fair amount of variation in those genes. In fact, as I pointed out earlier, we have variation in the control of hair growth depending on where it is on our bodies. For most people, the hair on our heads has a much longer growth period that the hair on our arms or eyelids. But even the hair on our heads doesn’t grow forever, so I’m not sure the “grows and stops” versus “doesn’t stop” distinction is a valid one.

Just a little more: To confuse things a little more, other animals and even some plants are often described as having hair or being furry. Scientifically, only mammals have true hair and fur. Some plant stems and leaves may seem hairy, and some insects may seem furry, but it’s not the same kind of protein fiber as mammals have and doesn’t grow from hair follicles, so it doesn’t count – at least not technically. Of course, that doesn’t stop plants and insects from looking hairy or furry, so the common usage will undoubtedly continue.

23 thoughts on “What’s the Difference Between Fur and Hair?”