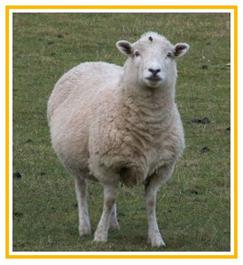 The Short Answer: Lanolin is a complex combination of waxes, oils, esters and alcohols that coat the fibers of sheep’s wool. So goats would not have “lanolin.” But all mammals probably have some similar substance that coats their hair fibers. We just don’t call it lanolin. As for allergies to wool and lanolin, there has long been a debate about both. The scientific consensus seems to be fairly well resolved about wool. The scratchy feeling that people get when wearing wool is not a true allergic reaction, which would involve activation of the immune system. People report any fabric as being scratchy and irritating when it has over 5% of its fibers thicker than 30 microns in diameter. Many sheep’s wools have fibers in this range. But scientists have duplicated the sensation with artificial fibers such as nylon, proving that the skin irritation is not specific to wool. Probably some people have more sensitive skin, or have less of their own hair that holds the fabric away from the skin, or any number of other reasons that make them more “allergic” to wool than other people. But it seems fairly clear that this is a physical irritation of the skin, not an allergy.

Lanolin … now that’s a more complicated story. Lanolin is made up of dozens of compounds, not all of which have even been studied yet. When cosmetic manufacturers talk about having lanolin in their products, they are talking about a subset of the raw “wool grease” that is squeezed out of sheep wool, and then processed. For many years, there has been controversy among researchers and doctors in the allergy field as to whether there are a lot of people allergic to lanolin or almost none. Part of the controversy seems to be that the compounds in lanolin that people most often have a reaction to are the different types of alcohols in lanolin. These “wool alcohols” are usually processed out of lanolin used in creams and cosmetics. But standard allergy tests use wool alcohol precisely because it is most likely to cause a reaction. 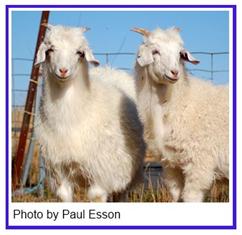 A large study of allergy tests done at Mass General Hospital reported that wool alcohols caused an allergic reaction in 6.6 percent of people who came in for an allergy test. Because the people tested represent the subset of the total population that goes to a doctor with allergy symptoms, the incidence of allergy to wool alcohols in the general population is probably considerably less. And reactions to lanolin, as opposed to the wool alcohol segment of lanolin, seem to be lower still.

So the answer is that lanolin is probably not the cause for most people who report being allergic to wool. In nearly all cases, the “allergy” is probably caused by the itching sensation that results from larger size fibers.

More Info: All wool that has an average fiber diameter of 24 microns or more is likely to at least 5% of fibers over 30 microns, and therefore trigger a prickly sensation. And about a third of wool with average fiber of 21 microns will still have enough 30 micron fibers to make it scratchy. Fine Merino wool is about 18 microns and therefore unlikely to produce a scratchy feeling. Cashmere, from Cashmere goats, ranges from about 14 microns to about 18. Mohair, the fiber gained from Angora goats, can average in the low 20’s in microns, but the fiber size tends to get larger as the animal ages. Here are a few other “exotic fibers” and their average fiber size: 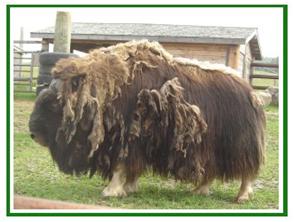 Recent advances in marketing and product development of Mohair and Cashmere. McGregor B A. 7th International Conference on Goats, France, 15-21 May 2000.