Was it a fisher cat that I heard? 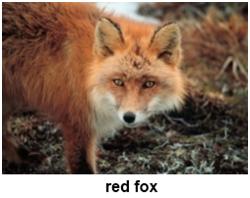 The Short Answer: If you read the comments for the recording featured at fishercatscreech.com, you’ll notice that most of comments say something to the effect of “This isn’t a fisher, it’s a red fox!” After consulting with several experts, I feel confident that those detractors are correct. Despite the labeling, the recording at fishercatscreech.com is undoubtedly a red fox (Vulpes vulpes), so if that sounds like what you heard, then what you heard was a fox, not a fisher. Compare it to these from the Cornell University Lab of Ornithology Macaulay Library of Sounds:

http://macaulaylibrary.org/audio/101092 (if you get a “Could not find specimen.” error, hit refresh)

http://macaulaylibrary.org/audio/71612 (if you get a “Could not find specimen.” error, hit refresh)

There is also this youtube video, where someone photographed the fox calling:

Several people, including Steven Mickletz, Naturalist & Manager of Public Programs at the Irvine Nature Center in Owings Mills, MD and Sandy Buterbaugh, Park Superintendent at Piney Run Park in Sykesville, MD, suggested that the sound you heard was a red fox. The identity of the noise maker was confirmed by Roland Kays, Curator of Mammals at the New York State Museum in Albany, NY. Dr. Kays is the author of Mammals of North America. He is also soon to release a phone app that will make it easier to identify North American mammals by their vocalizations. He has one of the largest collections of North American mammal vocalizations, but he is always looking for more, so he encourages anyone who has a recording of a North American mammal to send him an email: rkays@mail.nysed.gov. 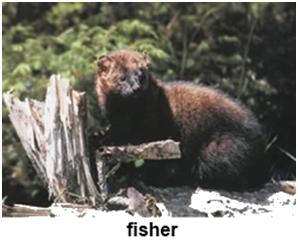 More Information: The fisher (Martes pennanti), also known as a fisher cat, is not a cat, but a large member of the weasel family, closely related to, and in the same genus as, the marten (Martes americana). There are a number of recordings claiming to be fisher cats on the web, but Dr. Kays says fisher are actually relatively quiet, so my guess is that many of those recordings are of foxes or other animals. One point of evidence pointing away from fisher for the sound Judith heard is that fisher are only found in North America, and the second Macaulay Library of Sounds recording above, which sounds very much like the fishercatscreech.com recording, was made in the Netherlands, and therefore couldn’t have been a fisher.

As to whether there are fisher in central Maryland, I asked Ken D’Loughy, Central Region Manager of the Maryland Department of Natural Resources Wildlife and Heritage Service that question. His answer: “To my knowledge fisher have not expanded their range to this part of Maryland. It’s my understanding fisher are found primarily in our western Maryland Counties, however it’s possible that as the population expands, fisher may move eastward in Maryland into suitable habitat. There is a mandatory pelt tagging requirement for both fisher and otter that are trapped during the regulated trapping season. I am not aware of any fisher being taken during the trapping season in our central Maryland counties.”

I also heard from Frostburg State University (Frostburg, Maryland) professor Thomas L. Serfast who studies carnivores. Because of a technical glitch, Dr. Serfast was unable to listen to the recording, but he said, “There certainly are fishers in western Maryland, and eastward from there to a certain extent. However, in my experiences they generally aren’t that vocal.”

Red foxes on the other hand are very vocal. They are found all over Maryland, and across a large part of the northern hemisphere. And their nighttime calls have probably been startling people as long as there have been people and foxes.

What are these tiny oily beads in Lake Huron?