What are these tiny toads?

The Short Answer: There are two toad species commonly found in Ohio, the American toad (Bufo americanus also known as Anaxyrus americanus) and Fowler’s toad (Bufo fowleri or Anaxyrus fowleri). These are the common toads you can find across much of the eastern United States and southeastern Canada. They are very similar, and what you describe could be either one (for tips to tell the adults apart, click here). What’s surprising about the newly metamorphosed toadlets is that they are so tiny compared to the adult toads. We don’t for example, see mini-bullfrogs. The tadpoles of many species of the genus Bufo (what most people consider to be the “true toads”) metamorphose at a very small size, often all at once, and then disperse. If you live near a pond or lake or stream where the tadpoles are common, you might all of a sudden see dozens or even hundreds of these tiny toadlets for a few days, and after that, see them only occasionally.

More Information: There are at least two successful strategies for becoming a grown up frog or toad. At one extreme is the bullfrog (Rana catesbeiana). Its tadpoles typically grow for two summers and can become 7-14 cm long (3-6 inches) before metamorphosing into a legged frog. The frog continues to grow as an adult, but the growth as a tadpole is the major part of the frog’s increase in size.

American toad eggs hatch into relatively small tadpoles that grow for only a month or two to about 1.2 cm (0.5 in.) and then metamorphose as tiny toadlets, about a centimeter long ( 3/8 inch).  American toads can grow to about 9 cm (3.5 in.), which is about half the length of a bullfrog, but as toadlets, they are only about one tenth the size of a bullfrog tadpole.  For the American toad, the major period of growth is clearly the terrestrial stage of life, not the aquatic tadpole stage, as it is for the bullfrog.  And while toad tadpoles often metamorphose in synchrony, with thousands coming out of a pond within a couple of days, bullfrogs metamorphose whenever they are individually ready.

So what are the benefits of each strategy?

With bullfrog tadpoles, larger size makes them less susceptible to predators in the water. In fact, it makes them better able to be predators themselves. Though they mostly eat algae and plant matter, they will eat any insect larvae or small crustaceans they can find. They also eat other tadpoles, including those smallish toad tadpoles. Because bullfrog tadpoles are relatively large and mobile, they can survive to live one, two, and in some cases three years, building size and storing up energy so that when they turn into frogs, they are large enough to avoid being prey to many fish and other creatures that eat smaller frogs. Because of their large tadpole size, bullfrogs are one of the few frogs in North America that will breed in permanent bodies of water that contain large fish. (Most other frogs and toads do better in vernal pools and other bodies of water that occasionally dry up … and which therefore have few, if any, fish.) Once the large bullfrog tadpoles become frogs, they give up their herbivorous/omnivorous diet and switch to a purely carnivorous diet, and again their larger size means they have a wider range of target prey.

Meanwhile, the small toad tadpoles eat just enough to build up the energy to metamorphose and get out of that dangerous pond before it dries up or a fish or predatory insect gets them. Unfortunately, this means they are very easy prey for all kinds of predators on land, especially snakes. Garter snakes, for example, will gather around ponds and pools and gorge themselves on toadlets as they emerge from the water.

Toads counteract this danger in two ways. First, they have poison glands on their backs that make most animals reluctant to eat them. If you’ve ever seen a dog frothing at the mouth after trying to pick up a toad, you’ve seen that distasteful toxin in action. Garter snakes and some other predators are immune to this toxin, however.

The second defense is the fact that so many toadlets come out of the water at the same time. This is a strategy that is very common for creatures that get heavily preyed upon at a specific stage of their life cycle. When toads metamorphose and leave the water all at once, it’s impossible for predators to eat them all, and some escape to grow into adult toads.

Imagine if instead of coming out of the water all at once, the toads came out spaced out over the entire summer. If a garter snake was adapted to specialize on toadlets, it could do very well with a steady diet of toadlets, which might lead to a large enough population of such snakes that it would be almost impossible for any toadlets to get past the snake gauntlet alive. But imagine if an adaptation arose that made some toadlets come out of the water at the same time. By overwhelming the predators, more of those toadlets might survive to breed than toadlets that come out at random times, and in future generations, there would be more of the synchronous toadlets and fewer of the toadlets that are not synchronized. As the adaptation became more common, the effect of overwhelming the predators would be even more pronounced. Eventually, you’d have a population of toadlets that all have that same adaptation and all emerge within a few days of each other. And while garter snakes might have a few very happy days every summer feasting on toadlets, they wouldn’t be able to specialize on them.

The same principle applies with insects like cicadas that all emerge at the same time. This explanation even seems to explain “mast years” in oak trees. Every few years, all the oaks in an area produce bumper crops of acorns at the same time, overwhelming the ability of “seed predator” animals like squirrels and deer to eat them all. By not having a bumper crop every year, the oaks limit the ability of seed predators to specialize on their acorns.

How fast do the tiny toads grow?

What are these white spots on my larch tree?

Thank you for Helping Me to Answer More Questions … 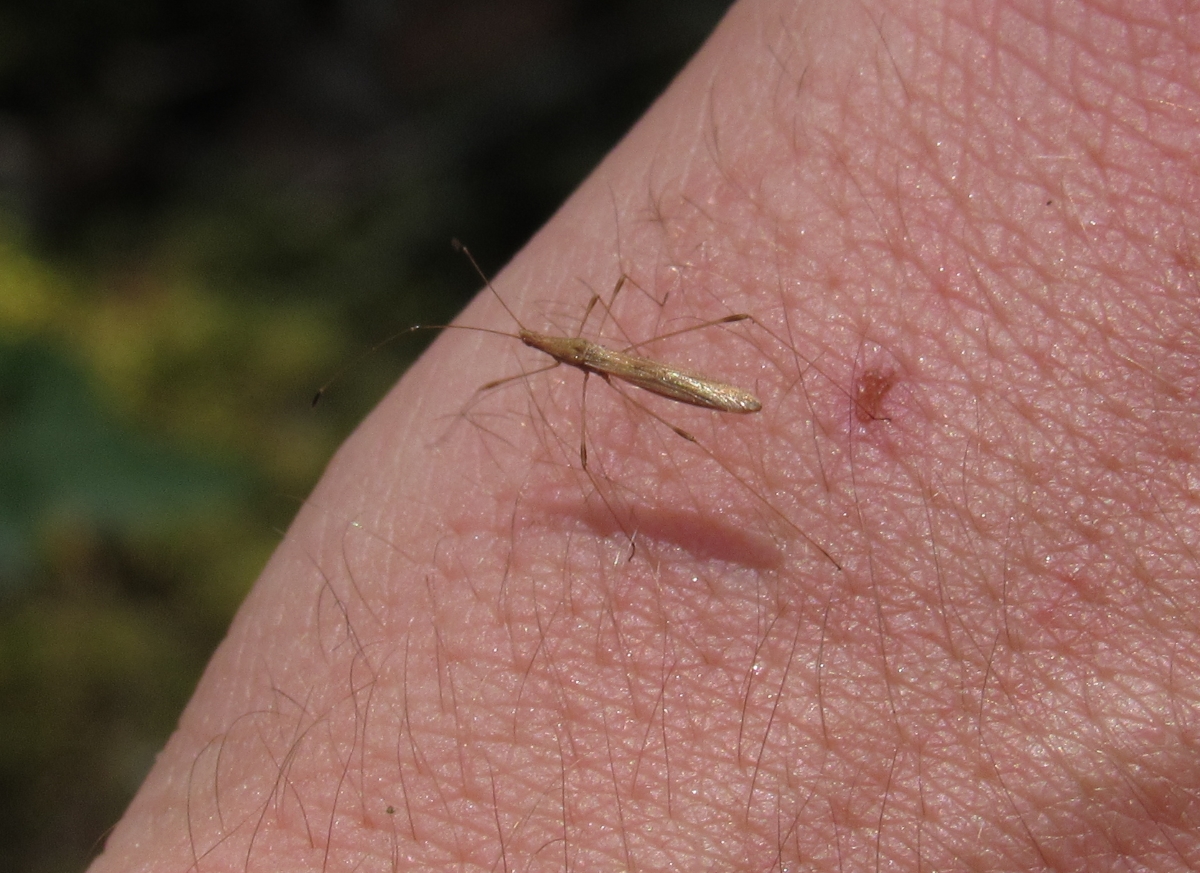