The Short Answer: No, it’s not true. Sharks get bacterial infections, viral infections [see comments], and they suffer from parasites, in short, the enti 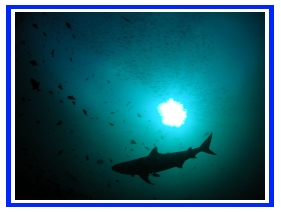 re suite of infectious diseases from which all animals and plants must protect themselves. Sharks also get cancer, contrary to another widely disseminated myth.

More Info: The claim that sharks don’t get disease or suffer from cancer is mostly spread by advertisements for shark cartilage as a dietary supplement. These supplements claim to prevent disease or cure cancer, but none has ever been shown in rigorous medical tests to protect people from disease. Tumors rarely infiltrate into cartilage, in any vertebrate whether a shark or a person, and cartilage seems to have some ability to inhibit the growth of blood vessels. Since a growing tumor needs blood vessels to continue to expand, there have been attempts to develop “antiangiogenic” drugs that fight cancer by limiting growth of new capillaries. Ground cartilage, whether from sharks or cows, shows some antiangiogenic effect in the laboratory, but has not shown any benefit in actual people. But shark cartilage sellers have connected the fact that the skeleton of a shark is entirely made of cartilage with the antiangiogenic properties of cartilage to claim that this protects sharks from cancer. It just isn’t true. The truth is that while we do know for certain that sharks get diseases and cancer, we don’t know at what rate. Sick sharks probably get eaten or fall to the bottom of the ocean to decompose. They would rarely be available to be counted. Sharks that are harvested by fisherman do occasionally show infectious disease or cancers. No one has done a comprehensive survey of sharks to know whether they have high or low rates of illness. Even if sharks are particularly free from disease, that wouldn’t necessarily mean shark cartilage has any value as a treatment for human disease. And the tests that have been done have not shown any value over a placebo.

The Interesting Science: The immune system of sharks is very much like ours. We have what’s called the “innate immune system” which is somewhat hardwired to fight generalized intruder microorganisms and parasites. The innate immune system can respond over long periods of time through the mechanism of natural selection to adapt to new diseases. We also have an “adaptive immune system” (also called the “acquired immune system”) that adapts in real time to new intruders. This is the familiar system of antibodies and white blood cells that gets the most discussion in terms of diseases such as flu, the common cold, and AIDS. It was once thought that vertebrates like sharks, bony fish, amphibians, reptiles, birds, and mammals were the only animals that had an adaptive immune system. But recent discoveries have shown that lampreys and hagfish, fish that split off onto their own evolutionary branch early in the history of vertebrates, have a different system of generating antibodies and adapting to fight new viral and bacterial threats. And it appears that

other animals from snails to fruit flies may also have adaptive immune systems that work differently from ours, but accomplish the same goal of recognizing and attacking new microbes and viruses.

The Environmental Message: Shark populations are plummeting around the globe, in large part due to fishing for shark fin for shark fin soup, and for cartilage for shark cartilage supplements. As top of the food chain predators, shark numbers have never been as high as a fish like cod. Sharks also reproduce slowly. Unlike a cod, which can lay millions of eggs, many sharks lay only a few hundred in the average lifetime. What this means is that harvesting sharks is generally not sustainable. There aren’t enough of them to start with, and they can’t rebuild their populations rapidly.

Cite this article as: Pelletier, TC. (July 1, 2010). Are Sharks Immune to Disease and Cancer? Retrieved from http://askanaturalist.com/are-sharks-immune-to-disease-and-cancer-2/ on January 19, 2020.

5 thoughts on “Are Sharks Immune to Disease and Cancer?”