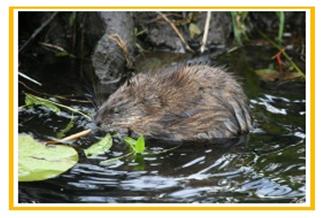 The Short Answer: Both male and female muskrats (Ondatra zibethicus) produce a smelly substance from their preputial glands, paired glands located in the genital area. It is possible to harvest this substance for use in perfumes, but as far as I can tell, it has never been a commercially important source of musk. Most musk for perfumes comes from musk deer, and in recent decades, from artificial chemicals that mimic animal musk. As for muskrat populations, muskrats are prolific, adaptable, and fairly common throughout their range in North America. Their fur, however, is one of the most prized animal furs, in part because it is waterproof. Trapping for fur takes a toll on populations of muskrat, but does not seem to be threatening the species. 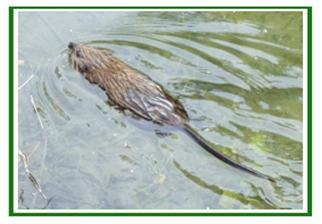 More Information: Musk is a general name given to earthy smelling natural liquids. The musk from a musk deer, for example, is not chemically the same as musk from a muskrat. Musk is used in perfumes as a “base note” meaning that it has a heavier odor. It also evaporates less quickly than many floral fragrances, and therefore makes the entire perfume last longer. In animals, musk is one of many types of scent used to mark territories, attract mates, stimulate mates to reproductive readiness, etc.

The muskrat is a “microtine” (small-ear) rodent, belonging to the subfamily Arvicolinae, which also includes voles and lemmings. Though there are other rodents that include “muskrat” in their name, for example, the Florida roundtail muskrat, Neofiber alleni, the North American muskrat is the only member of its genus, Ondatra. The muskrat has been introduced to Europe, South America, and Asia, and has become very well established in many countries, where it is trapped for its fur.

Cite this article as: Pelletier, TC. (June 30, 2010). Are Muskrats Used to Make Perfume? Retrieved from http://askanaturalist.com/are-muskrats-used-to-make-perfume/ on March 29, 2020.